This wiki is created by fans for the Chinese novel Cultivation Chat Group (修真聊天群).

This wiki might contain SPOILERS, If you have not read the novel, proceed with caution. 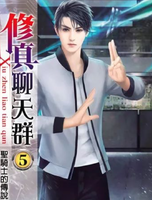 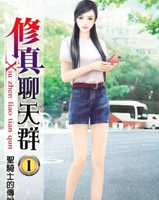 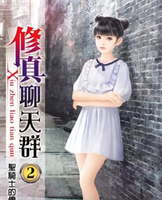 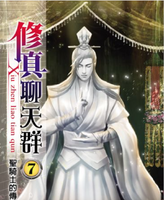 One day, Song Shuhang was suddenly added to a chat group with many seniors that suffered from chuuni disease. The people inside the group would call each other ‘Fellow Daoist’ and had all different kinds of titles: Palace Master, Cave Lord, True Monarch, Immortal Master, etc. And even the pet of the founder of the group that had run away from home was called ‘monster dog’. They would talk all day about pill refining, exploring ancient ruins, or share their experience on techniques. However, after lurking inside the group for a while, he discovered that not all was what it seemed…

Nine Serenities World (九幽世界; jiǔ yōu shìjiè) or sometimes just shortened to Nine Serenities (九幽; jiǔ yōu) is the world of demons and the anti-thesis of the All Heavens and Myriad Realms. It also doesn’t have much relationship with hell.

Nine Serenities World only came into being during the reign of the Second Heavenly Way, replacing the Demon Sea World (魔海世界; mó hǎi shìjiè). It was modelled after Black Dragon World’s Ancient Serenities (古幽; gǔ yōu).

Retrieved from "https://cultivation-chat-group.fandom.com/wiki/Cultivation_Chat_Group_Wiki?oldid=15746"
Community content is available under CC-BY-SA unless otherwise noted.