“You have the affinity to be a Heavenly Way„

300 years ago, she was just a little wild scallion that was lucky enough to take root upon a natural spiritual spring. Time passed, and one day, she suddenly turned into a scallion spirit.

An elder from the All the World’s Monsters Together Become One Family taught her the 《Two Hundred Skills of the Tenaciously Surviving Monster Spirit》.

Later on, she encountered Nine Lanterns and was defeated by her and locked up in a pagoda in a temple for 300 years.

All Heavens and Myriad Realms

Start of the Novel

Scarlet Firmament had a hunch that the silly scallion will be the next Heavenly Way. However, the only possible way for it to happen is if all Eternal Life Being died and no new one emerged in the next thousands of years.[2]

According to Scarlet Firmament, Scallion Lady talent is 4.5× higher than Song Shuhang’s, much to her disbelief.[2][3]

She appears to have limited talent with Buddhism techniques, though learned a number of them during her 300-year imprisonment.

Scallion Lady uses Song Shuhang’s size reducing pouch as her abode. She is annoyed whenever Shuhang messing with the items in the pouch.

Exploration of the Tomb of Spirit Venerable Sixth Path

Going On A Vacation

“Surnamed Song… I want to go on a vacation, can I?„

Scallion Lady received the sabre along with the (Digit) Path Lineage’s cumulative experience, knowledge and wisdom.

In the future, once she faced the Eighth Promotes Ninth Tribulation, whether she succeeds or not, Scallion Lady would have to relinquish the ownership of the sabre to Ninth Path.

After the tribulation ended, Song Shuhang released Scallion Lady from her bondage as per his agreement with her.

After getting her freedom, Scallion Lady immediately was at a loss. Despite being a pet, Scallion Lady obtained perks that even elite disciples of major sects unable to obtain.

Not only she can spend her day watching movies, she also can shop online by using Song Shuhang’s account. She also stays in Lotus Core World, a place with abundant pure spirit energy and there are Tribulation Immortal and Eternal Life Being there to guide her cultivation.

Senior Turtle then suggested that Scallion Lady to work with Song Shuhang. This way, Scallion Lady will continue enjoying all those perks, while having her freedom and getting salary.

As White and him was construction a 100-floors Tomb of Imperishable in the Nine Serenities, Song Shuhang suggested to Scallion Lady to build her Tomb of Eight Path, as per (Digit) Path Lineage’s custom.[5]

Since Scallion Lady didn’t have much material to be used for the tomb’s construction, she borrowed the construction materials from White’s Doppelgänger, Lotus Core World’s basic materials and useless items among Kun King’s treasure. As such, the basic framework of the tomb was created with Fourth Stage and Fifth Stage materials only.[5]

After the tomb was completed, it was strengthened with arrays and spirit power.[5]

Afterwards, Scallion Lady continued constructing the tomb, customising it according to her own will with the help of Black Skinned Soft Feather, Sixteen, Senior Turtle who came out of the Lotus Core World and the ten thousand demons helper.[5]

She was involved in an accident where the star that is being studied by Tyrant Song and White exploded she disappeared along with Tyrant Song's doppleganger, Heart Demon Scarlet Firmament Sword and the Nine Paths Phoenix Sabre.[6]

When Shuhang saw the Nine Paths Phoenix Sabre again ,he was shocked to see that it already completed the eighth revolutions, implying that Scallion Lady has been promoted to Ninth Stage during the accident.

She is currently missing and her information on the Nine Paths Phoenix Sabre was shielded.

Vying for the Heavenly Way IX

Vying for the Heavenly Way IX

Scallion Lady was mistakenly cooked into a dish called sauté mutton with scallion by Song Mama and subsequently eaten by Song Shuhang. Fortunately, since she has taken her roots into the Way Grasping Stone, she managed to survive and bounded to him as his pet monster.

Staying by Shuhang’s side, even as his pet monster gives Scallion Lady better advantages than elite disciples of major schools. When Shuhang has given her the long-awaited freedom, she asked to stay.

Later on she chose to keep her scallion form whenever in front of Shuhang for fear that he might be captivated with her beauty when in human form and do indescribable things to her.

Dao Priest Scarlet Firmament was cooking sauté mutton with scallion when he picked up a stalk of scallion and suddenly he had a hunch that the scallion will be the next Heavenly Way.

Scarlet Firmament then planted the scallion in a place with abundant spirit energy.

Separated Snow have purchased a large quantity of Scallion Lady’s tip from Song Shuhang to be used in her cooking. 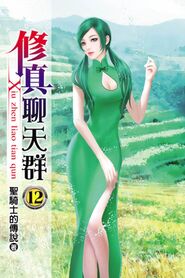 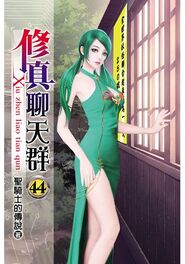 Scallion Lady was erroneously translated as Lady Onion by Godbrandy despite she was described as a scallion (aka green onion) by the author instead of a common onion.